HOW TO TRIUMPH OVER TRAGEDY

Hello everybody. My name is Re’Gena Bell-Roberts and I’m here to share my experience and give some insight on, “How to Triumph Over Tragedy.”
My book, Walking on Thin Ice,” is a story of love, hate, envy and greed and traces a young woman’s pursuit of stardom down a dangerous road that leads to shattered dreams and a harrowing fate.
In writing my memoir, my goal was to tell my story in such a way that young girls today would heed it as a cautionary tale to avoid the pitfalls of falling blindly in love the way I did. Even after realizing my relationship was not in a good place, I continued to ignore the abuse and took chances, which ultimately led to life-changing consequences. But I never imagined such a mind-blowing, heart-breaking outcome.
I’m a survivor of a violent assault, which left me permanently paralyzed. At the time I was a young, single parent raising a set of 2 ½ year old triplets. Anyone who has faced what appears to be an insurmountable challenge knows what it feels like to try to climb out of the abyss, to change your situation and move forward in life ––to become productive and feel whole again.
I’d like to share a few key things with you that worked for me in my circumstance which was:
-Acknowledging- the reality and truth of the relationship and how it changed my life.
-Accepting what was true in that moment, space and time and the role I played in my own destruction, while not allowing it to define me.
-A Shift of attitude – by not feeding into the victim role, and not wallowing in self-pity.  It’s a dark, lonely place.
-Empowering myself through daily prayer.
-Forgiving myself as well as other persons involved.
-Finding purpose and rediscovering my passion for life–– my gifts and talents.
Those elements were the defining actions that helped me conquer my fears, my trials and tribulations.
Steve Harvey once made a statement that resonated with me when he said, “two things come after adversity: a lesson and a blessing.” Well, I have learned a hard lesson from my past and today I’m still counting my blessings.
My advice for young women: Stay focused. Don’t rush into love. Follow your dreams.

Hey, everybody my name is Re’Gena Bell-Roberts, author of “Walking on Thin Ice.

Well I believe we can all agree that love is food for the soul…tasty and satisfying right? But what happens when love goes sour? Well, if you fall head-over-heels in
love like I did, it can bite you in the butt.

Before I was blind-sided by love, I didn’t know the chances were likely that he’d cheat on me, lie to keep the peace, and while he cheated, he’d lie to keep that other relationship going as well.

Now, when I confronted him about the other woman, it triggered a cycle of abuse. The assaults came in the form of physical, emotional and psychological pain.
I call these “Love-Bites” because his brand of love literally bit me in the butt.

When he dished out these sugarcoated morsels I was either: savored with pleasure and affection, chewed bittersweet, and used to satisfy a specific desire, or nibbled on for awhile then tossed aside.

All three portions of love-bites were harmful and lead to explosive consequences for me. In light of this little scoop, have you ever been bitten by love? Read my memoir, Walking on Thin Ice”. It will peel  your eyes wide open.

About the Author
Re’Gena Bell-Roberts was featured on the Steve Harvey Show as one of the Harvey’s Heroes!

Re’Gena Bell-Roberts earned a bachelor’s degree in history from the University of California at Los Angeles. She is an award-winning playwright and author whose published work includes a collection of prose and poetry.

She has released her memoir entitled “Walking On Thin Ice.”   The book shares her journey starting at the age of 21, Re’Gena gave birth to a set of triplets on Memorial Day May 30, 1972.  Exactly 2 1/2 years later she was shot in the neck at the age of 24. The doctors were unable to remove the bullet and told her she would never walk again, she was paralyzed from the neck down (diagnosed as a quadriplegic). The doctors even suggested that since she was unwed that she put her children up for adoption. She never once considered that as an option. She was a very strong, driven and determined woman, refusing to be a victim. She hopes that her story will inspire people, encourage them and to give them strength and hope in the face of adversity.

Prior to the shooting, Re’Gena was an aspiring actress, play writer, producer, director, singer and honor student at the University of Washington. She was a resident member of Black Arts West Theatre & Touring Ensemble where she performed leading roles.

Re’Gena has served her community in many capacities over the years:

She served 2 years on the Governor’s Committee for Disability Issues & Employment.

Re’Gena served 7 years as member and vice-chair on Seattle Housing Authority Board of Commissioners and was appointed the National Housing Commissioner (NAHRO). She also served as Chair of Department of Social & Health Services Committee-youth detention liaison.

Re’Gena served 3 years as Convalescent Ministry Leader and on the Women’s Prison Ministry.  Re’Gena served 4 years as a cabinet member and secretary for the Women of Worship for Mountain View Community Church.

Bell-Roberts lives in Murrieta, California, and has four grown children. 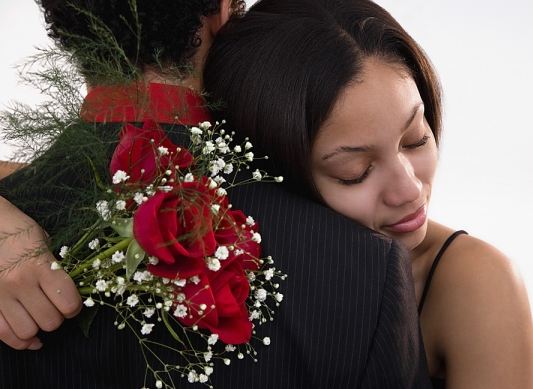 When I revisit my past and recall the beatings I suffered by the hands of a man who constantly professed his love for me, I shudder.  How is it possible for one to inflict pain on another and call it love?  On the flip side, how is it possible to love that person back? But I did … I was madly in love and I held on to the belief and trust that he loved me too.

That man, on occasion, had a way of making the pain his foreplay. His words dripped with honey, and his touch was gentle with sweet caress. His powerful arms held me tight, his thick, sweet lips kissed me right and our passionate sex set my soul on fire.

Was I stupid? Was I naïve? Was I blinded by love? Honestly, I’d go with all three and toss in the most important answer––I was uninformed and uneducated.  And I was a slave to loving that man, no matter what he did, no matter how much pain I experienced, no matter how many times he broke my heart.

I wrote my memoir, Walking on Thin Ice for anyone who is a slave to love. I re-lived the pain and trauma to get your attention and help you in ways that I couldn’t do for myself, back when it could have made a difference. I wrote my book as a warning and a wake-up call. I hope you hear it!

I wrote the book to send a message to you: If you are in an abusive situation, walk away. Now, don’t wait! Regain your freedom and spread you wings! Maybe if I’d done that, I would not have experienced the tragedy that changed everything for me and my family. Maybe if I’d known that, I’d have been spared years of heartbreak and grief. Maybe if I’d listened when people tried to tell me…

My hope is that if you’re in this kind of situation, where the love is so overpowering that you override your own survival instincts, your own common sense; where you hear your loved ones’ warnings, but choose not to listen because you’ve chosen to be a slave to love…. that you will listen this one time. That you will understand. And that you will empower yourself and learn from my experience. Read my memoir, Walking on Thin Ice. It could save your life. Or your sanity. Or both.

About the Author
Re’Gena Bell-Roberts is an actress, poet, award-winning playwright and author whose published work includes a collection of prose and poetry. She earned a bachelor’s degree in history from the University of California at Los Angeles and raised her four children as a single parent while continuing to pursue a career.

Re’Gena won the Rockefeller Foundation award for her play “Eclipse”; and a Prose award from Culver City Community College. She produced and directed an NAACP Martin Luther King Day celebration event; and received numerous awards for her community service. She was featured on the Steve Harvey Show and honored as one of “Steve Harvey’s Hero.”