ARE YOU AWARE OF LOVE-BITES? 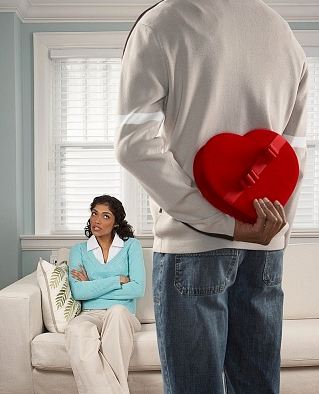 Hey, everybody my name is Re’Gena Bell-Roberts, author of “Walking on Thin Ice.

Well I believe we can all agree that love is food for the soul…tasty and satisfying right? But what happens when love goes sour? Well, if you fall head-over-heels in
love like I did, it can bite you in the butt.

Before I was blind-sided by love, I didn’t know the chances were likely that he’d cheat on me, lie to keep the peace, and while he cheated, he’d lie to keep that other relationship going as well.

Now, when I confronted him about the other woman, it triggered a cycle of abuse. The assaults came in the form of physical, emotional and psychological pain.
I call these “Love-Bites” because his brand of love literally bit me in the butt.

When he dished out these sugarcoated morsels I was either: savored with pleasure and affection, chewed bittersweet, and used to satisfy a specific desire, or nibbled on for awhile then tossed aside.

All three portions of love-bites were harmful and lead to explosive consequences for me. In light of this little scoop, have you ever been bitten by love? Read my memoir, Walking on Thin Ice”. It will peel  your eyes wide open.

About the Author
Re’Gena Bell-Roberts was featured on the Steve Harvey Show as one of the Harvey’s Heroes!

Re’Gena Bell-Roberts earned a bachelor’s degree in history from the University of California at Los Angeles. She is an award-winning playwright and author whose published work includes a collection of prose and poetry.

She has released her memoir entitled “Walking On Thin Ice.”   The book shares her journey starting at the age of 21, Re’Gena gave birth to a set of triplets on Memorial Day May 30, 1972.  Exactly 2 1/2 years later she was shot in the neck at the age of 24. The doctors were unable to remove the bullet and told her she would never walk again, she was paralyzed from the neck down (diagnosed as a quadriplegic). The doctors even suggested that since she was unwed that she put her children up for adoption. She never once considered that as an option. She was a very strong, driven and determined woman, refusing to be a victim. She hopes that her story will inspire people, encourage them and to give them strength and hope in the face of adversity.

Prior to the shooting, Re’Gena was an aspiring actress, play writer, producer, director, singer and honor student at the University of Washington. She was a resident member of Black Arts West Theatre & Touring Ensemble where she performed leading roles.

Re’Gena has served her community in many capacities over the years:

She served 2 years on the Governor’s Committee for Disability Issues & Employment.

Re’Gena served 7 years as member and vice-chair on Seattle Housing Authority Board of Commissioners and was appointed the National Housing Commissioner (NAHRO). She also served as Chair of Department of Social & Health Services Committee-youth detention liaison.

Re’Gena served 3 years as Convalescent Ministry Leader and on the Women’s Prison Ministry.  Re’Gena served 4 years as a cabinet member and secretary for the Women of Worship for Mountain View Community Church.

Bell-Roberts lives in Murrieta, California, and has four grown children.